Home » Uncategorized » “Why Women Will Rule The World” by Buckminster Fuller

“Why Women Will Rule The World” by Buckminster Fuller

One of the most awesome things about the upcoming Fuller Future Festival is that it will give us the opportunity to share hundreds of the pieces that we have been gathering as a part of the Museum of Livingry, our collection of rare Bucky-related artifacts, unique geodesic collectibles, pop-culture ephemera, toys, games and hundreds of magazines featuring some rather interesting writings by Buckminster Fuller.

One of Bucky’s most compelling pieces was published in the March 1968 “Women & The Future” issue of McCall’s, and article entitled “Why Women Will Rule The World.” Keep in mind, Bucky’s great aunt is Margaret Fuller, author of Woman in the Nineteenth Century, who he named one of the three most influential people on his life. It came out amidst of flurry of Buckminster Fuller feminist tracts, which also included “Goddesses of the Twenty-First Century” that appeared in the Saturday Review that same month.

That concurred with me leaving the hospital for the first time, one month after being born in Carbondale’s Holden Hospital, located just one half mile away from where Bucky lived at that time (and from 1960 to 1971) at 407 S. Forest.

With McCall’s being a burdensome large format magazine 11 inches wide by 15 inches tall, the text (by McCall’s editors and Bucky) and artwork (by James McMullan) as originally presented were preserved in a handy 5.5” by 5.5” zine format for your reading pleasure: The Bucky Fuller Files #4 (November 2012).

I also happen to come from a very extensive zine publishing background, having been publisher and editor of Zine Guide, which was the world’s top independent press resource guide from 1997 to 2004, and Tail Spins Magazine, a Chicago-based underground music and bizarre phenomena periodical that was a staple of the indie and punk scene for 34 issues from 1991 to 2004. 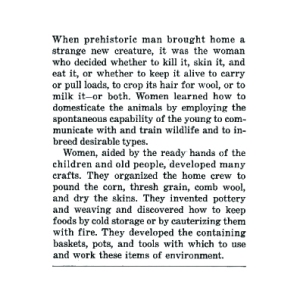 By brentritzel in Uncategorized on January 14, 2013.
← A 73 Year-Old Artifact of Livingry by Buckminster Fuller The best time to submit a proposal to the Fuller Future Festival is NOW… →